The time has come to shake things up a bit.  I’ve been slogging through the creative writing process over here at Sweet Mother.  I’ve been talking about how the imagination waters are getting stagnant.  I don’t like it.  So, I’ve decided to throw some sh*t up into the air.  Stir things around.  Box some ears, take some names.

There’s a television network, here, in the States, that offers an alternative when they have no new summer programming.  They call it…

All sharks, all week, all scary, all cool, all Jaws-like.  It’s enthralling.  It’s summery.  It’s a brilliant marketing ploy.

I’m stealing it and doing my own version starting today.  That’s right, I’d like to welcome to the Summer, Sweet Mother pages…

Beginning this Saturday and going strong through next Saturday this blog will present 5 or more original and probably ridiculous jokes.  Some you will love.  Some you will hate.  C’est la vie.

Interestingly enough, joke writing is something I used to do A LOT of before I started blogging.  I like it.  I like the conciseness of it and the mental game.  But, I also enjoy writing long form too.  Unfortunately, I really don’t have time to do both.  So, this week – for one week only – enjoy the jokes, folks.  They may not be back for a while…

(Under each joke you will find a written expression in parentheses about how this particular joke makes me feel.)

“Even though we taste like lesbians, if you are lesbian we’d prefer that you do not eat us… Wait, this is coming out all wrong.”

Aaron Sorkin has fired the entire writing staff of HBO’s “Newsroom.”  Rumor has it the writers were fired for fast-talking like they were on a 12 day crack binge.

The city of London has decided NOT to fill up the pools for this summer’s Olympic swimming events.  When asked why, a spokesperson responded, “There should be enough rain between now and then to fill them up to regulation height.  It’s bloody Noah’s Ark around here.” 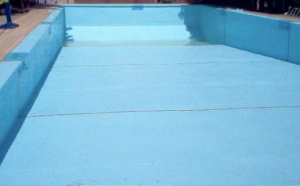 London, as it prepares for the Olympic games.

The Pentagon is allowing service members to march in uniform during a gay pride parade for the first time in U.S. history.  Reportedly, some servicemen are disappointed.  Turns out they will have to forgo the Kenneth Cole thongs made out of the gun-strap on an M-16.

Sweet Mother is updated daily.  All this week it will be jokes.  If you’d like to subscribe, hit the follow button at the top of the page.

34 thoughts on “Welcome to JOKE WEEK!”