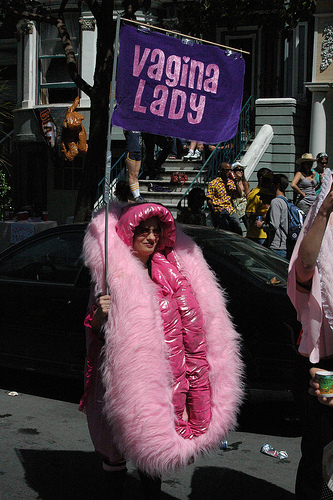 What happens when Hannah and her “sisters” stand together? What would you call it?

The answer was vaginas.  But, there was also a second, lesser known, answer…

The little known sister of the plural vagina is…

In my mind, I pronounce it vag-in-nay.  It’s almost French sounding and I like it.

Anyway, this past Sunday, Wifesy and I were a couple of VAGINAE.

We woke up and lounged around in bed reading.  Wifesy was tearing through a new Shirley Maclaine book.  Now, I’ve read a Shirley Maclaine thing or two in my day.  Maclaine has led a thoroughly interesting life and her books can be very enjoyable reads for that very reason.  She also tends to get very metaphysical.  I think in the very first (and last) Shirley Maclaine book that I read, she claimed to stop the rain using her mind while in a trailer on a shoot somewhere.  Things like that, while interesting, are usually part of the reason why I do not go back for second helpings.  That sort of stuff is EXACTLY why Wifesy goes back to read her again and again. 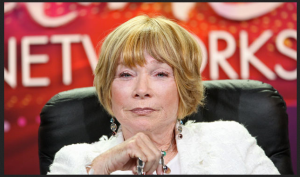 Queen of the Vaginae?

So, we’re lying in bed and Wifesy is trying to tell me about one of Shirley Maclaine’s “I can stop the rain with the power of my mind” ideas.  This one had to do with some kind of research Shirley has laid her hands on.  Apparently, at one point during this year all of the planets are going to be aligned in some kind of formation that the universe hasn’t seen in a good 2600 years.  That alignment will have some sort of effect on the magnetic field.  So says Shirley.

Granted, I was hungry.  I wanted to make coffee and have a slice of toast.  I didn’t give much of a rat’s poo about Shirley and her lined up planets.  Wifesy was telling me about all the scientific data behind the perfect alignment and I kept saying, “Yes, and that means what will happen?”  Well, of course, no one knows and the truest answer is – probably nothing.  But, I told Wifesy to hurry up and get to it.  Get to that damn “how the hell does the magnetic field alignment effect me and my f’en toast right now” part.

Wifesy got upset.  I felt bad, shrugged off my need for toast, and settled in to listen to more of Shirley’s “theories.”

An hour or so later, Wifesy wanted to get right up and do our P90X workout.  I had it in my mind that Wifesy wasn’t feeling well and that I would have a Martha Stewart day.  The type of day where I would do nothing, but bake bread and make homemade soups.  Wifesy suddenly didn’t want my bread and soups.  She wanted to get up and sweat. 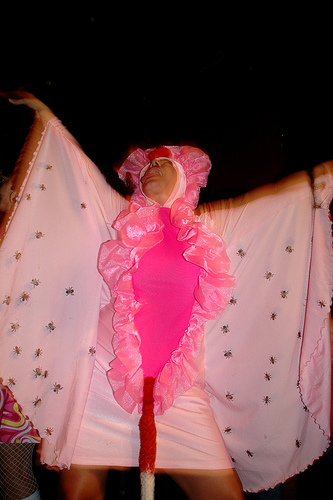 I got annoyed.  I said, “Listen, it’s not that I don’t want to do the workout.  It’s that I want my idea for the day to be included instead of pushed to the side for your plan.”

We went back and forth.  Both of us were annoyed.  Wifesy said she’d “do the workout on her own.”  I said, “No.”  We both grumbled and settled into the opening stretch of the P90X dvd.

As I was stretching my hammy, Wifesy came over and said, “I love you.”

Wifesy said, “Yep, we’ve been a couple of vages all morning.” 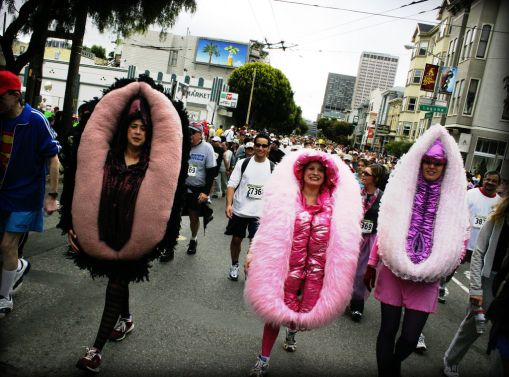 I have a joke in my act where I say, “I wasn’t always this gay.  Oh no, I tripped through a forest of sausage before I found the perfect pie.  So, if you think you can’t relate to me – oh – I bet you can.  And if you think the grass is always greener on the other side, I’m here to tell you it’s a sh*t brown on both sides.  Men may be a**holes, but b*tches be crazy.”

I feel a truer sentiment has never been uttered.

I know a few women that wish they could be with another woman.  They would have their emotional needs met, but what they don’t realize is that two vages together often means talking things to the brink of death.  Sometimes there’s value in a – “you need your feelings expressed, he just wants to watch the game” – type of diffusing.  Other times, I don’t know how straight women do it.  “You mean he doesn’t want to talk about things EVER??!!”

For the Vaginae, conversation is paramount.

For the Vaginae, the talking never ends.

Sweet Mother is updated daily-ish.  If you’d like to follow this blog, you can do so by clicking the “follow” prompt at the top of the page.

Fear of the Smell