No, that’s not right.

I remember a time when the steward/ stewardess wasn’t a skyb*tch, but more like a triumphant, proud, member of a customer service team…there were peanuts and “are you comfortables” and cocktails when you weren’t.  But, now…

No, not right either. 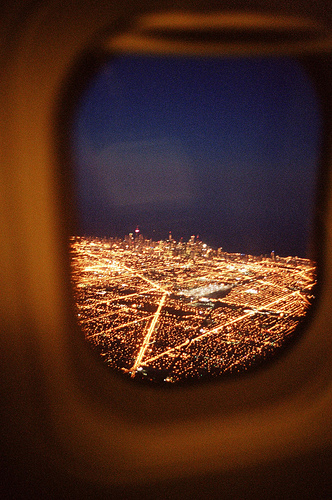 One day they may even charge for the view…

I tried to redeem some frequent flyer miles with you.  I’ve been collecting them for years.  I paid the extra (annual) fee, so that I could collect these miles when using my debit/ credit card for every purchase I made.  I was conscious of selecting the right option when paying with my card ALL THE TIME, so I could collect these miles.  For a year or more, you were never far from my mind.

Then something happened…I tried to cash in and you fecked me.  You fecked momma at the airport when I was tired and looking to get home.

I had originally made my reservation, but I left it within the system to decide if that was the flight I wanted to take.  Less than ten days later, I booked the flight by redeeming the miles.  I had to pay taxes on the flight.  I paid them.  But, THEN when I arrived at the airport for my RETURN flight, you told me that I had not officially “booked” the flight within the required ten days to redeem the miles and you MADE ME PAY FOR MY FLIGHT.

I’M SO ANNOYED WITH YOU THAT I’LL NEVER FLY AMERICAN AGAIN.

You could’ve solved it all with a phone call.  You had my number on every stupid piece of information that I filled out online.

Yet, like a sh*tty date, you never called.  You, instead, ditched me at the last minute.  It’s enough to turn me into a lesbian or a train rider.

That HAPPENED to me last summer and I’m pissed about it.  I’m coming upon my yearly SF trip again and I can’t stop thinking about it.  I wish I was more of a letter writer…a letter write who complains and shouts and chastises when they’re treated wrongly by a company.

It may look beautiful, but I’m guessing everyone on this plane is irritated…

But, I’m not.  I fume and then I move on to something else.

I think that’s what the big corporations want you to do.  That’s why you have to dig through 17 pages to get to their customer service numbers.  That’s why they put you on hold when you want to lodge a complaint and then transfer you to 4 different people who make you repeat your story because they can’t bother to read the screen in front of them.

They want to break you.  They want you to give up.  So they can do whatever they want and you will say nothing.

Mostly, I say nothing because I’ve never been a letter writer.  There’s a part of it that just feels like it’s too much work.

I’ve written love letters to my Wifesy, but that’s about it.  I have to want you and our continuing relationship so much that I’m willing to put pen to paper and find a stamp.

What about you?  Do you write complaint letters?  Do they ever get you anywhere?  Or do you prefer to write love letters?  Maybe, you simply refuse to write anything longer than 140 characters…