My father, as my brother tells it, walked into the kitchen wearing a trench coat and dark glasses.  My mother was at the sink washing dishes.

“What?” my mother replied.

There was a long pause and my mother replied…

And there you had it.  The single, fastest, conversion and de-conversion in the history of man.  My dad is a fairly masculine, old school sort of guy.  He wore the pants – financially, made sure we ate, believed in us – all that good and very necessary stuff.  But, my mom – she wore the pants emotionally.

If she said it was off and meant it strongly enough – it was off.

My dad, as I remember it, had always been a religious “searcher.”  I don’t know why, but I DO know that it helped him create order in his own world, internally.  For him, I believe, it soothed some sort of anxiety. 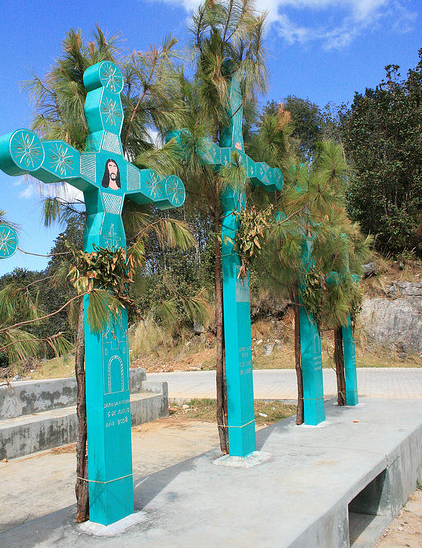 For some, this soothes…

He took me, specifically, (because I was old enough and probably because no one else would go) to a variety of different church services.  We went to a Greek Orthodox service, a Russian Orthodox service, a Lutheran service, an Episcopal service, Methodist service, and something called the, “open hand of god.”  “Open hand of god,” as I remember it, was pretty close to Pentecostal or at least what I imagine rattle-snake-taming, spirit-raising services to be like.

At the time, I hated it.  I remember thinking, “We’re Roman Catholic.  Why in the feck can’t we just go to our regular Catholic church??”  It makes sense.  I was at that age where kids just want to “fit in.”  What I looked forward to most with my dad were the egg sandwiches afterwards.  We’d go to a service, which I would endure like taking a spoon full of Robitussin and afterwards he’d take me to a diner or coffee shop for a straight up, east coast style, fried egg sandwich on a kaiser roll.  I LOVED those sandwiches.  Still do, even.

The truth is my father’s “search” for religion made me even more liberal, which – believe me – was not his intention.  However, he exposed to me to so much that it informed my world view.  Different people worshipped in different ways.  From what I could see, none of the methods seemed any better than any other.

So the “born again” incident happens around when I was in college.  Mom tells dad to “knock it off” and I’m not around to drag to any Masonic halls, so he does.  Dad slowly settles back into his roots – traditional Catholicism.  He went (and still goes) to regular services at a Roman Catholic church and rails against anyone worshipping any differently.  It’s church service and Fox News.  Church service and Fox News.  These are the things that make him feel okay in the world.

For some, this is soothing. The channel. Hopefully, NOT the topic.

I have a hard time – almost always – reconciling the young man who took me to a variety of different services with the man who is now so fixed in his beliefs.

Throw GAY into this cocktail of religious confusion and then my battle lines become even more definitive.  It’s hard enough to find a person to love unconditionally, but then once you do – it must be sanctioned by society or a church?  FECK OFF.  It needs to be sanctioned by me, my own moral code, and my conscience ONLY.  This is NOT 1812.

Yet, this firm stance I have taken often does something so unexpected.  There are times when I feel like THEM.  Like him.  Like dad.  I feel like a judger, a fixed thinker, maybe even someone with a prejudice!  And THAT, I so don’t want.

Let me explain.  Often, as I stroll through Twitter or right here on WordPress, I read peoples’ bios and “about” pages to decide whether or not I should reach out.  Frequently someone will describe themselves by saying…“devotee of God” or “follower of Jesus” or “All is possible through Christ…”

The bare-faced truth is, it makes me cringe.

Not because of their faith.  I admire faith in all of its forms.

It makes me cringe because I immediately think, “Good Christian or Bad Christian?”  “Gay Hater or Ally?”  “Fixed Pedagogue of the Neocon Variety or Common Sensed Approach?” 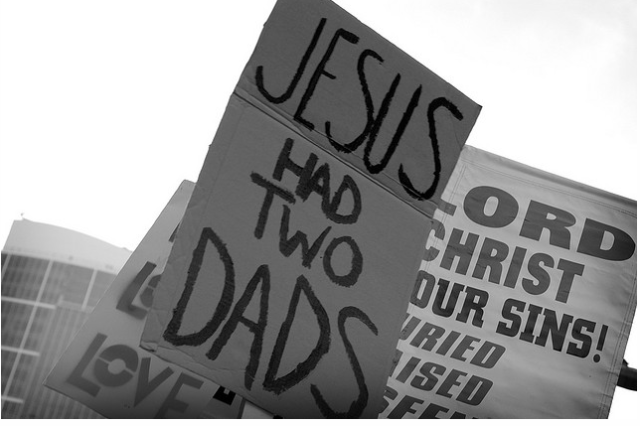 For some, it’s this…

The issue is…doesn’t that make me just like them?

Doesn’t my knee jerk thought of “this-person’s-gonna-suck” make me an exact polar opposite of the same feckin’ thing?

I don’t want to cut out someone who could be a “good Christian” or better said, an inclusive Christian because of the hate of the many.  I want to be better.

Sweet Mother is updated daily-ish.  To follow this blog, click the “join” prompt at the top of the page.