I think that’s also why I like comedy.  It’s a clean art form.  You only need, you and the microphone.  Well, that’s not totally true.  You also need an audience.  But, it’s cleaner, let’s say, then a band.  If you’re in a band, you need your guitarist, singer, bassist, drummer, and sometimes – keyboard player.  Unless, you’re the White Stripes.  Then you only need your sister on drums.  I do wonder, sometimes, if that’s how Jack White formed his “band” by getting clean as possible.  What do I need to perform?  How can I perform with the bare minimum, so I can concentrate on the performance or the art itself?

That’s the question I have today.

I have been bogged down before with more than what was clean, meaning more than what was necessary, many times.  I ran shows in New York city.  All I wanted to do was perform – to make a place for myself to get up and get some stage time.  I did that, but in the process I gave stage time to a lot of other people.  The shows I produced were almost always group shows.  Some of the other acts were grateful for the stage time, some of them not so much.  A smarter version of me would’ve started a show just for myself.  There are performers who start one-person monologues, they find a space – only for themselves – and they hone their own personal performance, over and over.  Lewis Black comes to mind.  As the story goes, Lewis found a willing stage on the Westside of NYC and worked on his performance night after night.  Is there a correlation between this chiseled solo performance and his success?  I think so. 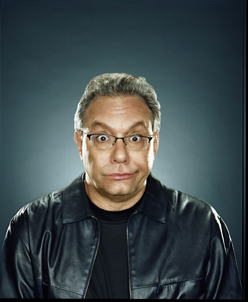 Lewis Black, a success of his own making.

Around the year 2000, I also put together a website.  It was called, girlcomic.net.  It got a lot of publicity.  We interviewed Amy Poehler, Janeane Garafolo, Margaret Cho, Joy Behar, Judy Gold, Gloria Steinem, Susie Essman, Sarah Silverman, and many others.  I “edited” the site and wrote my own pieces, but you know what suffered?  My own pieces.  There was too much “other” work to do.  There was the securing of interviews and the editing of other writers’ pieces.  In the end, I was left unsatisfied.

Later, I ran a second blog for a year or two called, “Coffee and Showbiz.”  I created it as a companion piece to my show in New York city.  On the site, I gave a lot of industry specific “advice.”  I wrote a few pieces about the business that were even pretty widely circulated.  One piece was called something like, “Kathy Griffin Says Get Your Finances in Order.”  It was all about how it is STILL important to be financially competent even when you are an artist.  What I remember most about coffeeandshowbiz is two-fold.  I remember that I spent a lot of time trying to figure out html.  I would spend hours just trying to figure out how to get a box in the sidebar to look okay.  The second thing I remember is pulling teeth to come up with topics.  For the most part, I didn’t enjoy the experience.  Why?  Because I was writing for other people, again, and not for me.

Now, this blog – as I’ve said time and again – is entirely written for me.  I can feel this definitive and clear shift that has come with writing content FOR ME.  All of my brain power and focus is now on creative ideas that I enjoy and find exciting.  That is such a shift.  Yet, at the same time, I feel like other people realize this concept much earlier on and that I am very late to the party.

The other day I had an exhilarating conversation with an old friend of mine who is also a comedic performer and a very good one.  I was talking to her about this idea I have that I’m really excited about.  It’s something that I want to start filming in September.  I’m really excited about the idea in a way that only the creator of the concept can be.  When I tell other people the idea – some of them get it immediately and laugh hysterically, while others stare and blink.  I don’t care.  I know the idea is good.  However, even with that confidence in my idea, I felt that I couldn’t do it without a film crew and a lot of assistance.  There I was again, back to my old devices.  I have a great idea, so now let me give it over to everyone else.  Stupid.

Honestly, you don’t need all these people to get where you’re going…

My friend shifted my perspective back to me, in a way that I truly needed.  She said, “You know, I did the same thing once.  My project X that I had been working on for years, someone came up to me one day and said, I can help you with that.  So, I took him on and accepted his help.  The idea ended up changing completely with his input.  I realized that the idea was my baby.  I realized that I could pull it off without help.  And, finally, I realized that I took his help in the first place because I thought that my ability wasn’t enough.  It is enough and so is yours.”

I can’t tell you how illuminating this conversation was.  I had just come off a meeting with a “film crew” that left me uneasy in my gut.  These were people who I was going to contract (pay) in some way to help me get my project off the ground.  Yet, immediately after the meeting, I felt a pit in my stomach.  As I processed it, I realized it was because it was clear to me that the “crew” was going to try and exert as much creative control as possible over my idea.  The film crew’s supposed “help” was going to change my idea and I did not want my idea changed.

My friend said to me, “You are enough.  You can get this idea off the ground, your way.”

She was right.  I’m so glad that I’m finally getting the message.

It’s None of My Business, If Your Baby Is Drunk