I have this theory that there are different parts of our lives – moments in time – that become “bookmarked” so to speak.  These moments become themes of our very existences.

One of mine happened when I was 15…

My older, male, cousin just laughed.  “No, I don’t think they understand that at all,” he said.

“The only guy that would sit next to me was a kid whose pencils match his pencil case.  I asked him to borrow one and he nearly had a coronary deciding, which one of his precious pencils to loan me,” I stammered at my cousin hoping he would have an answer. 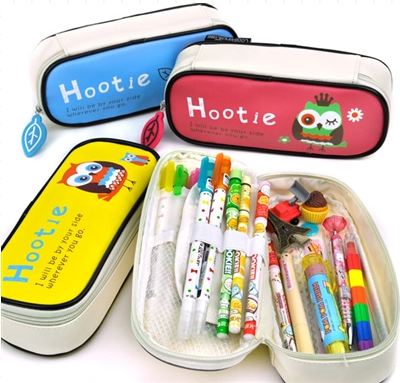 “They don’t get it,” my cousin Pedro said and smiled at me again.

In a very short span of time, I had gone from popular sophomore in a public, NY area, high school to complete nerd and shutout in a private, Colombian, high school.

My Colombian classmates did not know that I was not a nerd.  They just knew I was different and that was nerd enough for them.  I had cooties.  High school AIDs, which isn’t AIDs at all just a way to go, “Ewwwww, run from that thing.  It’s gross.  It’s got AIDs.”  Kids are such assholes.

I sigh now thinking about it.  I sighed then.  I sighed through the whole process.  I sighed, shrugged, and got fat.  Sometimes when I don’t know what else to do I eat.  It’s a first world problem, but this time it was happening in a third world location.

I remember some very distinct moments from that time, that bookmarked year, close to 25 years ago.

I remember my classmates all getting up and saying their names and a little bit about themselves on the first day of school.  Normal, sure, only this time it was entirely in Spanish – a language I barely spoke.  So, I got up and said my piece in English.  There was a pregnant pause and then some light applause.  It’s common in America to have foreign kids in classes.  Less so in Colombia.  I was like a reverse commuter from some kind of alien planet.  The kids took a very long time to get to know me.  Until they did it was a lot of poking at me like a specimen on a glass slide.

I remember the school bully a guy oddly named, “Pinoch.”  Pinoch, quite literally, had tape in the middle of his glasses holding them together and yet he was the bad guy.  He was the bully.  So weird.  In my American high school, he would’ve been the nerd.  Who knew? 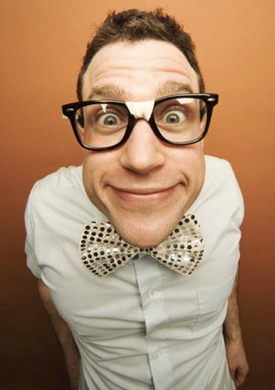 This guy is the bully? Come on!

In Spanish class I had to take a test – a high level test – along with the rest of the class, in a language I barely spoke.  Pinoch unleashed thinking now he had me.  Now he was going to make the American, nerd-girl pay.  Pay for what, I have no idea.  My government’s imperialism, perhaps?

“What’s the matter, Rebecca?” he asked.

“What’s the matter, Rebecca?  You don’t understand?” he asked again each time saying it with a touch more douchebag dripping from his voice.

Finally, I belted out, “Don’t feck with me,” to Pinoch.  It killed.  It killed because I said it in Spanish.  That’s the way I’ve always learned things – the survival method.  The whole class died laughing and the Spanish teacher exhaled.  I mean what was he supposed to do?  Discipline the nerd-American girl get eviscerated by shitbags, Pinoch?  What was I supposed to do?  Cower and keep quiet?  That was never my style.  I was dealt a shit sandwich, so I threw it back.

I remember other things too.

I remember getting drunk because there was no drinking age.  I had very little understanding of how to control my alcohol intake back then – what I could handle and what I couldn’t.  Thankfully, for the most part, my cousins looked out for me.

I remember going to a big concert with my cousin and her group of friends.  I remember my female cousin being a bit bitchy.  So I said, “Feck it,” to myself and went off with a different group of friends that I knew.  I even got a ride home from them.

When I arrived that evening, in a separate car from my cousin, my aunt was in tears.  Surely she had thought I went missing.  Her American-nerd niece kidnapped.  How -in the feck- was she going to tell my mother?  I felt so bad.  But, in that moment I also knew I was made of strong stuff.  A survivor.  At 15, I knew how to get myself home in a foreign country – safely – with or without my family at my side.

Probably the biggest thing I remember from that time was having to defend my Americanness.  It was so hated there.  My Americanness -especially at that age- was not something I could undo.  When you’re born in a place, the dna of that place is a part of you.  I remember trying to defend where I was from before I had the words to do so.  I usually failed.  I wonder -still- if other cultures are ever forced to do that to such an extreme extent?

I remember more, but you’ll have to come back (for the next South America Experience post) for the rest.

Sweet Mother is updated often.  Click the “join” button up top to receive an email with new content.

Work and Art, Life and Creativity