What I’m going to talk about happened a while ago.  Over the Thanksgiving holiday.  My mother came down to stay with us for a day or so after being flown in by my brother and his boyfriend to stay for a big turkey gathering.  I also visited my brother and my mom at the Palm Springs house they had rented for Thanksgiving.  I mention that because it’s pertinent to the story later.

You see, I noticed something interesting about my mom during the holiday.  She’s a performer.  I always knew she was funny, but a performer?  I’m not sure I would’ve said it before.  Often, my mother is the loudest person in the room.  Louder than me…with a heart of gold, mind you, but loud, nonetheless.  It can be hard for me -sometimes- because my mother is the light in the room.  And in a group setting, she likes that light shining on her.  I realized she’s a performer when she did one particular thing.  Mom was about to launch into a story for a group of invited guests, but before doing so, she literally pushed away from the table and stood up to “perform” it.  It was so interesting to me.  My brother and I (and I think I can speak for him on this point alone) have always experienced my mother as a storyteller, a ham, and the center of attention in a lot of ways.  My mother, however, likes to tell us that she grew up depressed and pretty much battled depression for most of her life.  That’s hard to reconcile with the person we see today, but I don’t doubt that it’s true. 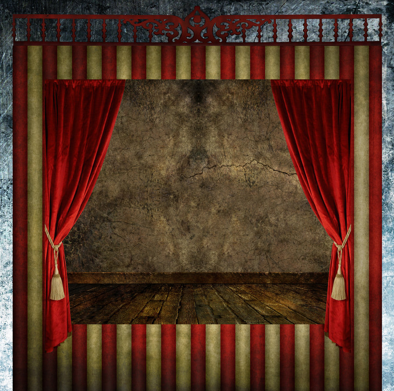 Another important thing to note – before I launch into the heart of the matter.  My mother (and father) have been ‘banned’ from seeing me perform stand up for many years now.  I think I banned them about ten years ago on the advice of my therapist.  The ban came about because I would do well at a show and I would get this critique from my parents…

“What do you mean you don’t know?” I asked.  “The audience really seemed to like it.”

“Well, I don’t know if you should be saying those things about Jesus…,” she replied.

Not a groundbreaking joke by any stretch, but not really soooo offensive either.

Ten years after the ban my stand up is very changed.  Quite frankly it’s much better.  I mean, She-sus Christ, I would hope it would be better after doing it for so many years.

The story begins thus.  Mom’s in town and there’s this show I want to do, but I can’t leave her at home.  I decide to bring her, but with a warning that she can’t critique what I do or get crazy.  Literally, I said this to her.  I said, “The ban is lifted, but don’t make me regret lifting it.”

Wifesy, mom, and I have a nice dinner and head out to the show.  The show begins and I’m the second person up on the bill.  Now, let me be clear on this…I am NOT always the best person on the show.  Truly.  There are a lot of comics I would consider way better than me.  However, on this particular night, I was the best.  It was clear.  There was only one other guy who was even close to the level I was performing at.  The guy who did as close to well as I did is an old friend of mine from the early days back in New York.

Here’s where the story gets interesting.  The show wraps up and we’re all heading out.  Wifesy is talking to another audience member about two feet away from me and mom.  Mind you, mom has said NOTHING to me at this point about my set.  Not, “good job.”  Not, “funny stuff.”  NOTHING.  Perhaps it’s because of the “ban” I’m thinking.  My male friend who also did well on the show is standing next to me.  Mom walks up to him and says, “You were the best.”

My friend says, “No, actually SHE was the best,” and points at me.

Meh, the other guy was better…

Ugh.  I mean are you feckin’ kidding me??!!  Not even one kind word??  In the car all mom says to me is that “I talk too fast.”  Wifesy hears her say that and says, “No, actually, she doesn’t.”  And I -as emotionally exhausted as can be- say, “Mom, you and dad always say that.  I’ve been doing comedy for 16 years now.  I’ve been critiqued millions of times and the ONLY people who have ever said I talk too fast are you and dad.”

The next day I mention to Wifesy what my mom said about the other comic being the best on the show and Wifesy just about loses her mind.

“Are you feckin’ kidding me????” she screeches.

And, thank god, in a millisecond, I feel justified.

My job as an adult is to separate from mom’s opinion of me.  Not easy, but a struggle worth engaging in.

What about you?  Who is your supportive rock in your life and who is your biggest detractor?  Hopefully they’re not one and the same…

Sweet Mother is updated daily-ish on the home stretch towards 365 consecutive posts.  Click the “follow” button above to join us.

Do Men and Woman Laugh at Different Things?