Okay, so, today I was going to write a NaNoWriMo post.  The event, “National Novel Writing Month,” is only 5 days away and I find myself filled with anxiety.  Anxious excitement, in my world, is usually a good thing.  I feel that I have a lot on my plate.  I have another script to write, which takes priority AND I’m going to find a way to take on the 1,600 nano word count too.  You might be thinking, “Why would someone take all of that on?”  For me, a quote that I read from Suzanne Collins, the woman who wrote the Hunger Games keeps resonating.  She said, and I’m paraphrasing, “I would write for my day job at Nickelodeon and then when I came home at night, I would write the Hunger Games.  The Hunger Games became a fun break from my work for me.”

So, can I create work that becomes a fun break from work?  That’s what I’m hoping for with this project.  That and a better overall understanding of story structure.

However, NaNo is NOT what I’m going to talk about today.  Yesterday, I spent the afternoon sketching out my theme and story points for NaNo.  I intend to do more of that today.  While I figure out all of this story architecture, for myself, I’m not sure I’m the best advice giver for all of you.  It needs to be clear for me, first, and then I can dispense it.  So, for now, I’m just going to be doing my work up as more of a solo project.  If it helps you, this is the site I’ve been using as a guide:  click here.

But, on to today’s topic.

On a whim, or as a procrastination from my writing, I watched an HRC video on Lana Wachowski.  If you don’t know, Lana used to be Larry Wachowski.  Both Lana and her brother, Andy, are the creators and the directors of the Matrix trilogy.  They are also the writers and creators of one of my favorite lesbo movies, Bound.

If you haven’t seen this…what are you waiting for?

I’m always hesitant to talk about transgender issues because much like I said, above, in regards to NaNoWriMo, I like to be clear about things before I pontificate.  That being said, I’ve been muddied about transgender issues for a long time.  I think part of that is because it’s not my issue.  Lumping transgender stuff into the gay and lesbian umbrella is not always the exact right fit.  However, we are all oppressed and discriminated against in one way or another and REALLY where in the hell else are you going to put the transgender folks?  In with African Americans or any other discriminated against race?  I don’t think so.  Apples and oranges, you might say.  I suppose along those lines gays, lesbians, and transgendered people are more like Granny Smiths and Galas – both apples, but with entirely different looks and tastes.  I think you get the metaphor.

Of course, that’s not to say that you have to BE a thing in order to FEEL empathetic towards another human being.  You don’t.  That’s why a man can understand how a woman feels and vice a versa.

To be human is to be human, regardless of the wrapping, and the psychology.  If you cut it, we all bleed just the same.  BUT, there are things that a straight person may never fully grasp about being gay.  Likewise, there are things that a gay person may never fully grasp about being trans.  For example, I can not -for the life of me- understand why a trans-woman (a born male, who becomes female) would STILL date a woman.  (Lana, for example, does.)  Intellectually, I get it.  I’ve been told again and again that gender and sexual orientation are different.  So, a person can be straight, but still feel they were born into the wrong body.  This is where it gets confusing because a straight male who marries a woman would not be embraced and exalted by the LGBT community in the same way that a trans-woman or trans-man is.

There is also a part of me that wonders, does this all bother me because I was born female?  Is there something intrinsically insulting-feeling about a person born male becoming female?  I get that this is not a popular thing to say.  I also feel “to each his own.”  So, I want to be clear, nowhere in what I’m saying should you feel that I think transgender issues are wrong.  I don’t.  I simply think it warrants deeper discussion – at every level.

Regardless, Lana Wachowski is fascinating.  Fascinating and funny.  Her whole speech is just charming and heart warming.  I dare you to watch it and NOT make it to the end.

In the speech, she brings up Gwen Araujo – a trans-woman who was murdered by 2-3 heterosexual men who had sexual relations with her.  Let’s be clear – murder is NEVER okay in my book.  Would I say that Gwen’s murder is as disgusting to me as Matthew Shepard’s?  Yes.  But, the thing that bothers me is that Gwen lied about her gender to her murderers.  She claimed to be fully female, while retaining male sex organs.  This does not, in any way, justify their horrendous crime.  That said, I do think you need to be truthful about your birth gender to the people you’re even thinking about hooking up with.  Let me fully clarify that.  If you’ve fully transitioned, then, in my book, you ARE fully female, so no clarification is needed.  However, if you are in a more in-between stage those you are becoming intimate with have a right to know.  That way each party can make an informed decision PRIOR to physically connecting.  I understand that this is easier said than done in practice.  Though, I’d say, coming out as gay to everyone isn’t easy either. 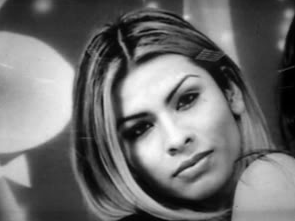 Gwen wasn’t murdered in the middle of nowhere, but in a town very close to Los Angeles.

In Gwen’s case, these weren’t chance meetings at a bar, where Gwen felt her life was in danger, as far as I can tell.  If that’s the case, then I say lie away.  But, instead, these were repeated unions where Gwen would claim she was “having her lady time,” so as to lure the men away from her soon-to-be-lady parts.

To murder someone is so repulsive to me that I think the problems regarding that particular grouping of Gwen and the men goes far beyond her gender.  It sounds like they weren’t a safe group of guys for a woman or a trans-woman to be around.  Period.  Their crime was brutal and a hate crime, in my point of view, though the men were NOT convicted of a hate crime.  With all of that said, I can’t get around the fact that Gwen also should’ve been honest.  There, on that one point, I can’t walk in her shoes.

Anyway, sorry it’s not that funny of a post today.  I find this to be an endlessly intriguing subject nonetheless.  If sexuality is on a continuum then I’m sure gender can be as well.  I think trans-people, in general, are very brave.  More so than gay people even.  My hat is off to them and even as I figure this out, I’ll help in any way that I can.

As always, I’d love to hear your thoughts.

Sweet Mother is updated daily-ish.  If you’d like to follow this blog, you can do so by clicking the “follow” button in the upper, right hand corner.