I’d like to think of this post as my 4th of July, commemorative, post.  After all, on this day, each year, we celebrate throwing out the Brits by consuming so much food and alcohol that if we had to do it again, I’m not sure we’d be physically capable.  It’s hard to fight when you can’t feckin’ move.

So, almost a year ago, I spent close to 2 years living in Britain.  Specifically, I was living in Scotland.  Never mind, that the Scottish would also like to kick out the English.  I know because they told me this almost daily.  However, that is another matter entirely.  For the most part, I love the English, give or take a pompous j-hole or two.  I mean, this is the land that gave us Eddie Izzard, for god’s sake and I’ve loved him forever.  Not to mention, for me, a bread lover, once you’ve tasted a fresh, outta the oven, yorkshire pudding – you can never go back.  And there’s nothing pudding about a yorkshire pudding.  It’s all bread.  It’s like your freshest baguette and croissant fecked and had the most delicious baby you’ve ever tasted.  I used to buy yorkshires by the bag and feed them to myself like one of those medically obese people who can’t get out of bed.  Overly decadent?  Maybe, but I’d do it all again in a second. 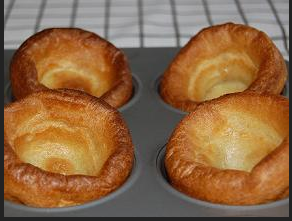 The delicious downfall of my empire.

Now, as a New Yorker, I had been to Britain before.  After all, it’s only a 5-6hr plane ride, which is the same amount of time it takes to fly across the feckin’ United States.  So, why not go abroad for the same flight time and often the same money.  Leaving from New York, this is an easy choice.  Perhaps, this is why New Yorkers think of themselves as very, European minded.  I know I always did.  As such, I thought socialism was the end all and be all.  I thought the Europeans had that right.  I thought it was flawless and beautiful, an unmatched system, like the coupling that is Brangelina. 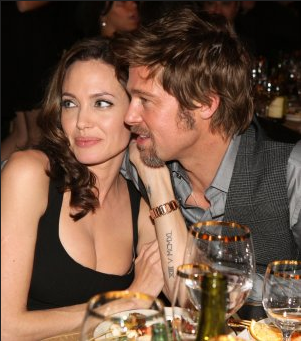 Socialism from a far.

Oh, how wrong I was.  It turns out socialism is like one of those models with fecked up teeth.  Gorgeous from a distance, but up close – it is, at times, horrifying.

Here’s what I found disappointing:

Business cards — In America, even comedians carry them.  We’re always networking and doing business and asking each other, “what we do.”  In Britain, this is often seen as pompous or trying too hard.  Another prime example, in the States comedians will often sell their CDs or DVDs after a show.  Comedians do this because the clubs don’t pay that well and they are trying to offset their travel costs.  No one really does this in Britain.  It’s considered selly and too much.  The problem is that comedians still don’t get paid so well at the clubs in Britain.  So, they lose out on this extra cash all because of the way it looks.

The perk — I swear to you, America is the land of the perk.  If you own a business and that business is a bar or restaurant, one of the greatest perks is being able to give your friends or family meals on the house and free drinks.  In fact, “the hook up” is a valid and fun right of passage as a teenager.  You come of age, you get a job, and therefore you know other people who have jobs.  The idea is you hook each other up.  I’ll give you free donuts for a free car wash, that sort of thing.  When you are a comedian in New York, the club lets you drink for free.  Period.  In Scotland, the club owner offered me a drink.  I said yes AND THEN I WATCHED HIM PAY FOR IT.  IN HIS OWN CLUB.  This happened in bars that I worked in as well.  The bar managers would pay for their beverages even though they were slaves to the bar.  This doesn’t sit well with me.  One of the only perks of the food and beverage industry are the freebies it can afford you.

Healthcare.  The NHS never really wants to do anything “extra.”  When I showed them the ligaments that had worn away on my big toe, the doctor said, “stop running on it.”  I had a polyp, during an exam, they missed it.  I went and had my teeth cleaned through the NHS and they time the cleaning with a damn stopwatch.  There’s no spitting in the sink to get the teethy bits that have been chiseled away out of your mouth.  There’s no time.  You swallow them and you gag.  The teethy bits, tartar, and general mouth scum go everywhere.  At the end of the appointment, I looked like my face had been raped by a disgruntled dental hygienist.  There has got to be a better way.

Healthcare.  Yep, this made both lists for me.  When it’s free (and you’re a Yank and you’ve not had it before) you tend to use this healthcare all the time.  I’m telling you, Wifesy and I went to the NHS surgery for everything – colds, scratches, bumps, mumps, you name it.  Most things were treated well.  We were given appointments quickly.  The doctors were very nice and efficient.  I think the biggest worry with a national healthcare system is when you have something serious.  Will you get the best care?  Of that, I’m not sure.  But, for preventative care – it was, just plain, awesome.

Less competition.  Everything about Europe felt slower to me.  Even the internet.  When I was blogging and working online over there, I could literally feel the internet “wake up” when America went online.  I’m not kidding.  There is a big plus side to all of that slowness – an easier life.  A more relaxed life.  If you’re not worried about “keeping up with the joneses,” you can just sort of enjoy things.  There is something very simple and beautiful about that.

Pub culture.  Try as we might, we just don’t have a pub culture here like they do in Britain.  You can just pop in a local pub, have a few, grab a meal, chat up the bartender and go home.  It gives you that sense of community that I’m always talking about, which we’ve lost to a degree.  Can you get the “Old Watering Hole” vibe in America?  Yes, of course, in certain places and in fits and starts, but in Britain it is every feckin’ where.

History.  Never underestimate the importance of architecture.  There is something to the way things USED to be built, which just ups the aesthetic.  As I drive through my little part of America, I always think, “ALL of this could’ve been built BETTER.  All of this could look prettier.”  But, it wasn’t and it doesn’t.  It was built for drive-bys and therefore, most of it is an eyesore.  This is RARELY the case in Britain.  Every building is lovely.  And the big supermarkets seem to be placed out of the eye line when they’re not.

Lastly, I think I could truly live and thrive in either place.  Britain or the U.S..  I would simply and truly love different things about each.  I think what makes America so attractive to me, right now, is that I truly want a writing career.  It’s not that you can’t do that in Britain.  Of course you can.  However, there was a British fellow who used to say to me over and over again:  “All you Americans, you’re always writing a book.”  I don’t think he meant it as a compliment, but I always took it as one.  I’d rather be from the place that dreams.  I’d rather make a go of it in the country where it is VERY common place to re-invent yourself and, in fact, have a second career.  Second careers are dreams, a lot of the time.

Now, of course, all of the above is based on my own experience.  Could another yank live in Britain and have an entirely different experience?  Of course, they could.  And when they write their book about it, I’ll read it.  But, until then…I’ll leave my thoughts here.

Sweet Mother is updated daily because I’m a dreamer who is writing a book.  LOL.  If you’d like to subscribe to this blog, you can do so by clicking the “follow” button above.

Why Katie Left Tom:  Featured in the sidebar